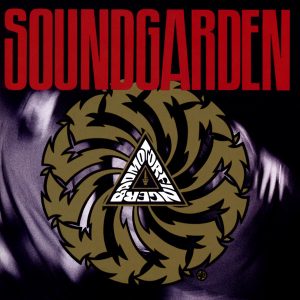 Probably Soundgarden’s most famous song until “Black Hole Sun,” the bulldozing “Outshined” is a massive conglomeration of bad feelings and badder riffs, and one of the first times Chris Cornell wrote a set of lyrics that was wholly personal.

And things weren’t going all that well, even if his band could easily navigate the tricky 7/4 time signature that was as nearly as unsettling as the lyrics.

I got up feeling so down
I got off being sold out
I’ve kept the movie rolling
But the story’s getting old now
Oh yeah
Well, I just looked in the mirror
And things aren’t looking so good
I’m looking California
And feeling Minnesota
Oh yeah

It’s of course that final couplet — “I’m looking California / And feeling Minnesota” that resonated with people. While Cornell thought it was a bit corny, and totally literal — at the moment he looked in the mirror he was dressed like a Cali beach bum — most people took it as a metaphor for trying to keep their outer selves sunny and bright while inside they were rolling in the shit. Or as Paul Kelly sang in a completely different context: “look so fine / feel so low.”

And indeed, personally, it’s pretty much what we all have been doing for the last couple of years, trying our best to hide the existential angst engendered by the pandemic and the shitty fascistic administration that preceded it while we’re in endless video meetings or workplaces that don’t feel as safe as they did even a couple of years ago, if they ever really did.

Anyways, “Outshined” has a massively long chorus, made even longer by a psychedelic pre-chorus which breaks the the rhythm, if not the mood, as Cornell duets with himself.

The killer part is how Cornell wraps his vocal cords around “whooooooooo” the first time around and “mystified” the second time around, all of which leads to the chorus.

I know that Led Zeppelin get cited as the big Soundgarden antecedent, but with all of the tricksy off-kilter ensemble playing — Kim Thayil, Matt Cameron, Ben Shepherd & Cornell in perfect lockstep — surrounding Cornell, that chorus feels like Sabbath to me, right up to the stop time part where he’s screaming “outshined! outshined! outshined!” over and over like a fucking maniac.

“Outshined” was the first Soundgarden song to make any kind of Billboard chart, making it to #45 on their Mainstream Rock chart in 1992. And in 2017, in the wake of Chris Cornell’s death, it popped up to #16 on their “U.S. Rock Digital Songs” chart and #24 on their “US Hot Rock & Alternative Songs” chart, leading to only one conclusion: Billboard has lots of charts.