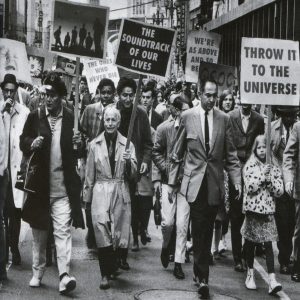 After the deep well of psychedelic goodness that was Communion, there was little chance that the follow up, 2012’s Throw It To The Universe, was going to be as strong.

And I’m guessing that they knew it, as well, as Throw It To The Universe ended up being their final album, 16 years after their first got together. Like R.E.M. when they recorded Collapse into Now, TSOOL knew they were recording their final album, unlike R.E.M., that fact was part of the promotion of the album.

And so when they open the album with crowd noises and an low-fi acoustic guitar while Ebbot Lundberg throws some serious bragging, it’s equal parts fun, arrogant and maybe a little wistful.

At this point, “Throw It to The Universe” has become a full-blown technicolor song, with the guitars of Ian Person, Mattias Bärjed and founding member Björn Olsson — back for three songs for the first time since 1996 — playing off of each other and the background noises. Meanwhile Lundberg gets even more aggrandizing, going from a lower-key croon to a full-throated scream.

One one level, cheese alert! But on another, more primal level, I find this kind of thing irresistible. I blame The Who and The Clash for that, as they were both consistently meta — hell, the Who’s best album is about one of their fans — so to me, this just follows in that kind of grand tradition, especially as the rest of the song just gets bigger and noiser.

“Throw it To The Universe”