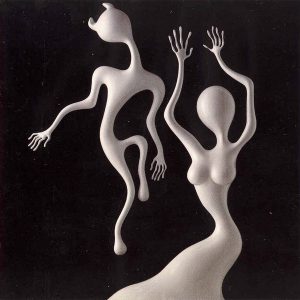 Normally, artists who take their damn time between records get dinged in this column, but Pierce gets a pass because those nine albums contain some of the most gorgeously noisy, spiritually conflicted and utterly transcendent music that anybody has ever released. And oh yeah, Spiritualized also made the greatest live album of the past 30 years as well. And in all that time, Pierce has never repeated himself even once. Nope, he’s repeated himself eight times. And he can do it until the end of time, as far as I’m concerned.

If you listen to “I Want You,” the third track from Lazer Guided Melodies, you can get pretty good idea about what early Spiritualized is all about: fuzzy guitars, slowly building rhythms, hide-and-seek synths, and Pierce’s laconic vocals buried until a ton of other vocals.

And so, “I Want You” stops and starts, ebbs and flows, builds and tears down and ends with an insanely huge wall of shimmering sound that nearly drowns the now-galloping drums until it finally collapses.