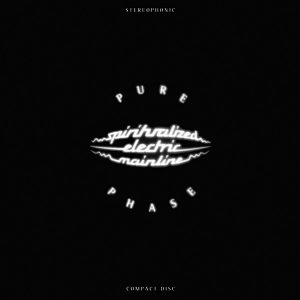 It will probably surprise no one that Spiritualized’s second album, 1995’s Pure Phase, wasn’t so different from their debut, 1992’s Lazer Guided Melodies, with the possible exception that the songs had maybe a little more organ and a little less synth.

Whether or not it was better or worse is hard to say, though it did have a couple of songs that I guess would be considered classics, the opening track, “Medication,” which bounced from near silence to roaring noise, and “Electric Mainline” which was an instrumental that built and built to no real resolution. I’ll deal with both of those songs when we get to the live album in a few days, but Pierce was so taken with “Electric Mainline” that he temporarily renamed the band Spiritualized Electric Mainline for this album.

“Lay Back in the Sun” is a mobius strip of a song — sung almost as a round by Pierce over a blizzard of guitars, keyboards, horns and ghostly background vocals that you can probably understand when you’re stoned — that has one thing on its mind. Yup, you guessed it.

Honey, get me some fun
Lay in the sun
Take me some more
Take me someone
Gonna have good times babe
Good dope and good fun

“Lay Back in the Sun”