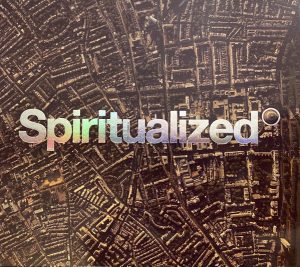 I’ve only ever seen Spiritualized one time, on April 2, 1998 at the Bill Graham Civic Auditorium in San Francisco. All things considered it was a pretty good time to see them, as they were touring Ladies and Gentlemen We Are Floating In Space. And sure, while they were the opening band and only got an hour, they were the opening band for Radiohead on the OK Computer tour, and half of the eight songs they played are songs I’m writing about.

It was also a preview of one of my favorite albums of 1998, and the greatest live album of the decade, give or take Nirvana’s Unplugged album: Royal Albert Hall, October 10, 1997

For that Royal Albert Hall Jason Pierce — who went back to his nom de song “J Spaceman” for this record — pulled out all the stops, adding a second guitarist, Michael Mooney, plus a shit ton of horns, strings and of course, the London Community Gospel Choir. Also, Kate Radley was gone on keyboards, replaced by Thighpaulsandra, whose Hammond C3 organ was a connective tissue throughout the entire album.

Needless to say, it’s fucking fantastic, perfectly connecting the etherial “Shine a Light” with the manic “Electricity” and becoming the heart of the utterly stellar opening disc of the album.