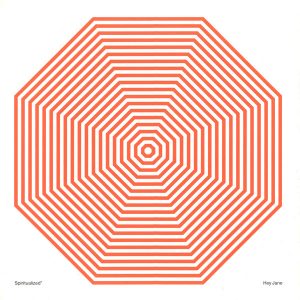 And so it went: every few years Spiritualized would put out a new album, and in the cases of 2003’s Amazing Grace and 2008’s Songs in A&E, they were good records without a song that utterly killed me.

That all changed when I heard the first single from 2012’s Sweet Heart Sweet Light, the utterly infectious “Hey Jane,” which had a high degree of difficulty — your instantly competing with the other great “Jane” songs, like future Certain Song “Sweet Jane” and “Jane Says,’ both of which are referenced in the lyrics.

Of which there are a lot, all of which are sun against an uptempo, guitar-driven stomp, not quite fully velvet-y, and not quite not, either. There’s a little bit of rockin’ 70’s Bowie in there — though not as much as the album’s awesome closer, the prescient premature Bowie requiem, “So Long You Pretty Thing.”

Anyways. The first part of the song is basically Jason Pierce chasing the titular Jane, who is too busy living life to fullest to settle down.

Hey Jane, where you going today?
You broke my heart, then you ran away
Some say you’ve got a rotten soul
But I said, “Janey loves rock and roll”
Said you ain’t got time, you’re long-time dead
Ain’t got time to mess my head, and you
Show ’em what you can do

Here’s the thing, though: with the background vocalists continually going “na-na-na-na” a, the guitars sneaking out of the mix, the short almost free jazz that fake ends the song after the verses are done, “Hey Jane” is an incredibly fun ride from start to finish. Hell, even Pierce seems like he’s having fun, mostly because he’s now old enough to recognize how ludicrous it is to chase someone like Jane, but also because he realizes he’s powerless not to.

And so eventually, after asking when she’s gonna die, he gets to the nut of it all.

Which he sings a million times over and over while all of the instruments pile on top of each other, as well as Pierce and the backing vocalists, and it’s actually incredibly affecting.

And as it turned out, the rest of the record was nearly as good and for reasons that are as mystifying as hell, Sweet Heart Sweet Light was the highest-charting Spiritualized album ever on the U.S. Billboard Albums chart, topping out at #60. And, outside of Ladies and Gentlemen We Are Floating in Space, it’s probably my favorite Spiritualized studio album.