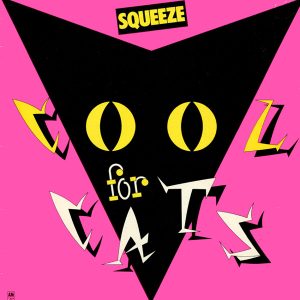 I never thought it would happen
With me and the girl from Clapham
Out on a windy common
That night I ain’t forgotten
When she dealt out the rations
With some or other passions
I said, “You are a lady”
“Perhaps,” she said, “I may be”

Difford & Tilbrook have said that they modeled “Up The Junction” on Bob Dylan’s “Positively Fourth Street,” and it’s probably the most musically Dylanesque song in their catalog, opening with a grand guitar/keyboard flourish before getting down to tell the story of a doomed relationship, usually ending each verse with a grandish crescendo.

And, as is usually the case with songs about doomed relationships, things got worse as the song went on.

Those little kicks, of course, became a daughter, but like a prestige TV show, “Up The Junction” suddenly leaps forward in time, and it’s clear that the guy singing the song wasn’t ready for marriage, much less fatherhood.

There is, of course, no chorus in “Up The Junction,” but there is a enough musical sophistication so that each verse is slightly different from the previous one — Difford’s guitars and Jools Holland’s keyboards are continually switching up, even as they play around each other — while Tilbrook continues with his ever-sadder tale, full of regrets, but also kinda hanging on to his pride.

After that final verse, there’s a nice instrumental outro with some absolutely gorgeous guitar and organ riding the song to its very end.

As I mentioned there at the top, “Up The Junction” was Squeeze’s second big U.K. hit, matching “Cool For Cats” by hitting #2 on the U.K. singles charts. Weirdly enough, despite the two #2 singles, the Cool For Cats album never charted higher than #45 there, beginning to cement Squeeze’s reputation as a singles band. Here in the U.S., of course, nothing happened whatsoever.


“Up The Junction” Music Video