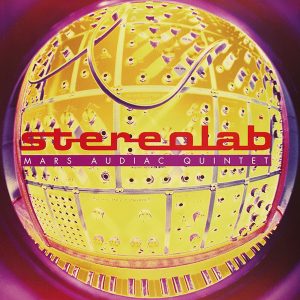 Way back in 2017, in the 1000th post of this blog, we discussed the eternal Into Outer Space With Lucia Pamela, and how after we heard she was living in Fresno, we made her and her album part of the KFSR ecosystem for awhile, with an tons of drop-ins and even the homegrown “Lucia Pamela in Dub.”

That said, at the time, I forgot to post a link to the website that Kirk made about Lucia — an oversight that I am now rectifying — where he called it a “startling weird concept album,” which remains truer than ever now that the album is over a half-century old (and the website is half that age!) and we’re going back to the moon.

Hopefully, the moon people are still there.

Anyways, one of the things that Kirk mentioned was this Stereolab song, “International Colouring Contest,” the title of which refers to the ongoing contest that Lucia encouraged folks to enter using the comic book she created.

In any event, at some point — probably after Arf! Arf! re-released it — Into Outer Space With Lucia Pamela fell into the hands of the folks in Stereolab, who where so charmed by all of it, they wrote a song, which of course fits right into the pantheon of Certain Songs about SPACE!!

The music for “International Colouring Contest” is Stereolab in full space-age bachelor pad music mode, as the drums quietly bounce, the backing vocals go “ba-da-da-ba-ba-ba-da-da” and the synths mew and swirl. All the more so Lætitia Sadier can explain Lucia to us.

One of the things that Kirk pointed out when we were discussing this song recently is how much of this song referenced things she discussed in her KFSR interview. So sure, while us Lucia vets might know all of this stuff — or how we’d been mispronouncing her name all this time, as Sadler pronounces it “Paaaaa-maaaayyyy-laaaaa” — imagine how eye-opening this might have been to the kids of the 1990s, who had no idea about the wonders of Lucia Pamela. Or, for that matter, how the air is different on the moon, which, of course affected the sound of Into Outer Space With Lucia Pamela..

And sure, while Lucia might have passed on 20 years ago, that doesn’t mean she stopped accepting entries. It just means that she has even more time to continue to judge the entries. So get colouring!!!