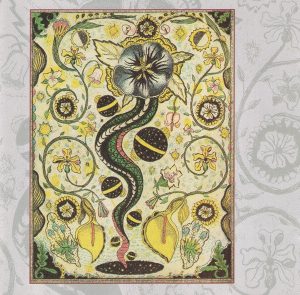 While Copperhead Road showed a path forward for Steve Earle, it was nearly a decade before he well and truly walked it. Made under the cloud of his coke and smack addictions, neither 1990’s The Hard Way and 1991’s stopgap live album Shut Up and Die Like an Aviator — both titles alluding to his fucked-up life — went anywhere, and neither did Earle.

Well, that’s not true: he went to jail in 1993 on drugs and weapons charges and at that particular rock bottom, got his shit together. I’ve been reading a poorly-written biography about Earle, and he was pretty fucked up for a very long time, and when he got his shit together, he was still in terrible shape for quite some time. Which is probably why his first sober release, 1995’s Train-A-Comin’ was a low-key, acoustic affair, featuring a bunch his older songs as well as covers.

Which is why 1996’s full-band I Feel Alright felt like his true comeback: all of the songs were new, and while titles like “I Feel Alright” and “The Unrepentant” made it seem like he’d gotten over it, there was also the utterly dark “CCKMP,” which was clearly written smack in the middle of, well, smack.

“CCKYMP” is a real folk blues, with Earle’s lovely picked guitar and what I think is a harmonium accompanying him, as he goes through a litany of things that he claims aren’t fucking him up, even if you know they are, as the music and his mood get darker and darker, and eventually, it gets to the point where he doesn’t even wanna fuck.

At this point, we’re now in the darkest timeline, no holds barred, time for the painful truth, in plain English, all more the scarier because he’s not singing in the past tense. We’re right there with him.

At this point, he’s swallowing his words as they echo into the abyss, because he’s admitting it and covering it up all at the same time. Like even though you know he’s singing it sober, he’s traveled back into the pits of his addiction and you can see and feel the pain and despair, and he knows damn straight that you don’t want to see it, and he doesn’t want you to see it, either, as the song drops down to just his whispered voice and guitar, everybody else long gone: just Steve, his guitar, and a roomful of discarded needles.