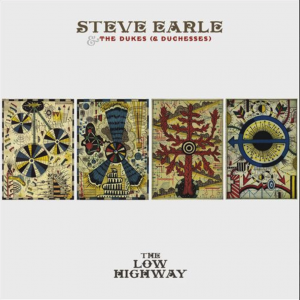 Here I am in the 21st century
I have to say it ain’t as cool as I hoped it would be
No man on the moon, nobody on Mars
Where the hell is my flying car?
Ain’t nothing even like a teletransporter so far

Anchored by a jangling 12-string electric guitar and colored by Eleanor Whitmore’s soaring fiddle, “21st Century Blues” contrasts classic sci-fi tropes, hippie utopianism and a clear-eyed vision of the world as it was at the time.

Finally come to the Age of Aquarius
And if we live through the Mayan apocalypse
There’ll be pie in the sky above Lemonade Springs
A god-damn American utopian dream
If you believe that, then you’re more optimistic than me

Lights out in the heart of America
No love in a time of hysteria
It’s head for the hills, every man for himself
Nobody helping out nobody else
Ain’t the way that the Maharishi said it would be
In the 21st century

As “21st Century Blues” progresses you start noticing the overdrive from the always-great Will Rigby and the coloring organ from soon-to-be-ex-wife Alison Moorer, and some psychedelic lead guitar from Chris Masterson all of which comes to a stop so that Earle can ask something from all of us.

Pray for guidance, beg forgiveness
Vote for change and hope they find this
Only thing I know for sure is

This builds to a final verse that is kind of an echo of “The Revolution Starts Now,” a tiny bit of positivism that in retrospect might ring a bit hollow, even if we can still maybe get out of the even worse bind we’re currently in, where Democracy itself seems to be on the ballot.

I guess we’ll find out next week, though, won’t we?

Anyways, by this time, Steve Earle was charting in four different places, as The Low Highway made #4 on US Folk, #10 on US Indie, #12 on the Country and #39 on the Billboard 200 albums charts.