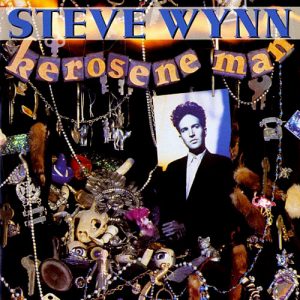 We’re just over 40 years from when Dream Syndicate’s The Days of Wine and Roses came out and completely rearranged my brain. I loved that record so much that I’ve been following Steve Wynn’s career ever since. And so he’s popped up in various places. Not just the Dream Syndicate, but also The Baseball Project and my beloved Danny & Dusty. In all of that time, I’ve loved some of his records, disliked others, but have never ignored him. And so, here are several posts covering his solo career, which basically spanned the 20 or so years after the initial dissolution of the Dream Syndicate.

So, let’s set the scene, shall we? While I hadn’t really liked 1984’s Medicine Show and 1986’s Out of The Grey, 1988’s Ghost Stories was fantastic, and was also burnished by a couple of fan-only collectors items: the cassette-only Live at Raji’s and a gray market odds and sods compilation called It’s Too Late to Stop Now.

By that time, I’d stopped looking for The Days of Wine and Roses Part II, and was willing to accept Wynn’s music on his terms, not mine, which was part of the reason I’d enjoyed Ghost Stories so much. And so when I brought Kersosene Man home and stuck it in my CD player, I instantly loved the slinky 12-string guitar hook that started off the opening track, “Tears Won’t Help.” Which was instantly followed by a fantastic opening verse.

Oh, my friend what have they done to you?
Held you down until you liked the view
Strangers on the street, they mock you
Phantoms in your sleep might shock you

This was followed by a fantastically catchy chorus.

And sure, this music was slicker than what Wynn had done before: prominent organ and subtle cello throughout, guitars not loud but still present, and Long Ryder Stephen McCarthy on the harmonies. But it all worked, especially on the final verse, which starts with a breakdown, and gains momentum in the second half.

And with the knowing stop before “years” and the yelling “you fall in love with your own shame” while Denny Fongheiser just smashes his drums, it’s not quite like old times — nothing in the history of recorded music is ever going to top the back half of “Then She Remembers” — but it’s a reminder that Wynn can still summon up the old intensity anytime he wants.

After that, a couple more repeats of the chorus; a noise and melodic solo from Wynn, and “Tears Won’t Help” hits the fade having started Wynn’s solo career in fine style.

Footnote: 28 years after this album came out, Wynn played this entire album in a backyard in Los Angeles in a benefit for the Wild Honey Foundation, and of course, by that time, a whole bunch of water had gone under the bridge, but it still sounded great.