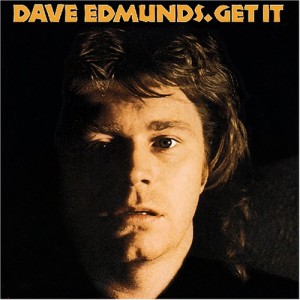 While he kinda seems forgotten these days, Dave Edmunds was really pretty great for awhile in the late 1970s and early 1980s, when — not coincidentally — he worked with Nick Lowe and Rockpile.

But what made Dave Edmunds really special was that he was one of the few artists in the rock era who didn’t write his own material. He just wasn’t a songwriter. Nothing wrong with that, of course, but its hard to name another artist who came out of post-Beatles rock ‘n’ roll and sustained a career without writing their own material.

Of course, it helped when he had unfettered access to brand-new Nick Lowe songs like the blazing “What Did I Do Last Night?” A full-out rockabilly jam that went as fast as any contemporary punk rock song, “What Did I Do Last Night?” could have jumped straight from the first Replacements album four years later. ‘cept Paul Westerberg coulda never gotten the rest of them to do the backing vocals on the chorus:

With Terry Williams playing some unforgiving drums and Bob Andrews honkyin’ and tonkyin’ on the piano and the whole thing going too fast for anybody to bother with a guitar solo, “What Did I Do Last Night?” is as catchy as any Nick Lowe song ever.

At the end, after a modulation for the sheer joy of making it seem even faster, it ends with Edmunds just asking “What did I do last night?” over and over again until the song just ends.

I assume he still doesn’t know.

Video for “What Did I Do Last Night?”