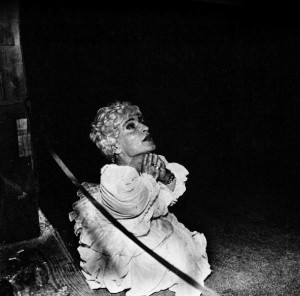 One thing that I’ve realized for sure after writing 300 of these posts: it’s much easier to write about older songs than it is to write about newer songs.

That’s not really the revelatory realization, of course. Not only have I been thinking about those older songs a lot longer, I’ve heard them a lot more, and probably had experiences with them or the artists who made them, to boot.

That’s partially why there were so many Deep Purple songs: I’ve loved them for over 40 years. Whereas I’ve only loved Deerhunter for five years. Pretty much since this album, Halcyon Digest, which was a highlight of my favorite year for music in this millennium, 2010.

That said, I still don’t know a helluva lot about Deerhunter in the same way I would have known all about, say, Red Rockers in 1985. I’m just not wired in the same way to go deep on every band who makes a record (or three) that I enjoy, and that probably is to the detriment of the posts I write about those bands who have songs who cut through the fog of the too much godsdamned music that middle-aged Jim has experienced.

That said, “Desire Lines” is clearly a song I would have loved in any incarnation. Sung by lead guitarist Lockett Pundt instead of lead singer Bradford Cox, what sets “Desire Lines” apart is a beautifully-conceived instrumental break that takes up the entire second half of the song.

Interlocking their guitars, and with every single note in place, that instrumental section reminds me of the Feelies stretching out with their guitars on the “New Order Ceremony” setting. (That’s a thing, right?) It never hurries, relying on repetition and builds while never seeming to get faster until it just fades into the echoing distance.

Because of a set of circumstances in my life that will never happen again, I saw Deerhunter in Nashville in 2013. They were opening for The Breeders, who were touring the 20th anniversary of Last Splash. It was pure and utter serendipity, but they were great, and “Desire Lines” was easily one of the highlights of the whole evening.