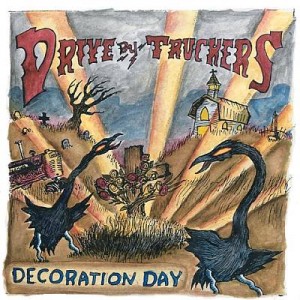 Written from the perspective of a father giving his son advice as that son hits the road with his band, “Outfit” is utterly beautiful, tear-jerkingly real and is in waltz time to boot.

First, the father gives his backstory:

Well, I used to go out in a Mustang
A 302 Mach One in green
Me and your Mama made you in the back
And I sold it to buy her a ring

As the father points out later, he’s made his entire life about his family, but never for a second do we feel that he resents it. All he wants is for his son not to fuck up on the road. To not be a dick. And to keep his wits about himself at all times.

Every single line of that advice is brilliant, and deserves an essay in and of itself.

But what always gets me is “don’t give it away.” To me, that isn’t so much about getting paid as it is about not squandering your talent. Which are two totally different things. I’ve never gotten paid that much for writing, but my talent for expressing myself via the written word has enabled me to do a lot of other things in my life that aren’t specifically writing, but are also creative.

Though, ironically, you couldn’t tell that from this post, which is mostly meh.