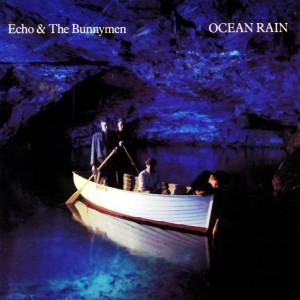 Before “The Killing Moon” revealed itself to be an all-time classic, my favorite song was “My Kingdom.” An outlier on Ocean Rain, “My Kingdom” eschewed the strings that dominated the rest of the album.

Instead, it started with a cheesy-sounding keyboard, skittering drums and a mellow acoustic guitar lick. Completely inauspicious. But that’s just a fake-out, because the chorus of “My Kingdom” is as rousing as anything in their catalog.

B-b-burn the skin off and climb the roof top
Thy will be done
B-b-bite the nose off and make it the most of
Your king- kingdom kingdom kingdommmmmmm!!!

After the second and third choruses, Ian McCullough’s vocals practically fall into Will Sergeant’s stinging guitar solos. Ian McCullough is having so much fun — yes I said “fun” — references his old friend Bonie Maronie and almost scats one of the last choruses: “Your kuh-kuh-kuh-kuh-kuh-kingdom, king-kuh-kuh-kuh-kuh”

And the end is the exact opposite of the quiet beginning: Sergeant is just soloing and soloing and McCullough is singing deep in the mix — about death and stuff — until they all decide they’ve had enough of your damn kingdom already and just end the song.