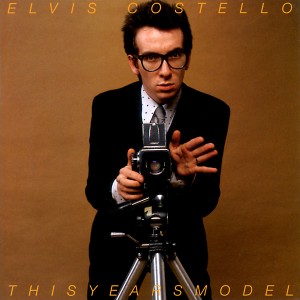 I mean, seriously, just how great were The Attractions?

Has any other band ever been so ferociously focused as The Attractions are on “Lipstick Vogue?” It’s seriously, one of the all-time terrifyingly intense live-in-the-studio performances caught on tape: up there with “Complete Control” or “Sway” or “Like a Rolling Stone” in the combination of virtuosity and the feeling that at any second somebody could stick out their foot and send the song hurtling apart.

Meanwhile, Elvis is singing one of his all-time great couplets:

Sometime I almost feel
Just like a human being

At some point, after weeks, months, years, centuries, eons, the whole thing just stops because there is nowhere else to go. Or tries to stop. Too much momentum has already been built up, and there is no way for Bruce Thomas to stop, so in a breathless rave up that they all join in almost against their wills, his bass leads them right over a cliff.

Maybe they made it. Maybe they didn’t. All you know is that the only way to find out is to hear it again.