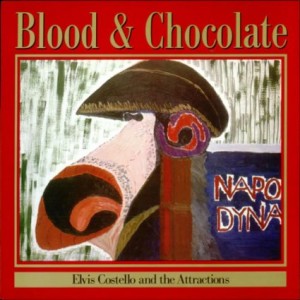 OK, that’s really not true: it’s pretty much all Elvis Costello repeating “I want you” 600,000 times.

Occasionally, other things happen. For example there’s there fire alarm guitar solo that comes out of nowhere a couple of minutes in. And the way that guitar seems to stop, look around, and realize that it’s in the wrong song.

And for awhile Steve Nieve swirls some spooky organ into the background, and there are even some drums, but that’s pretty much it.

So really, your tolerance of “I Want You” is whether or not you find the single-mindedness of Elvis repeating “I want you” 600,000 times fascinating or off-putting and a bit creepy. Or both!

Obviously, I’ve always found it a fascinating experiment in total and utter directness from a guy who made his bones on wordplay, metaphor and obfuscation. For once, you know exactly what he’s talking about: