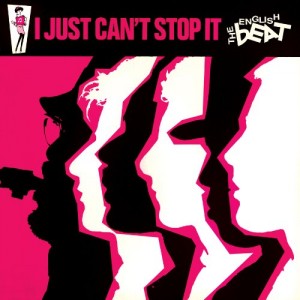 All speedy beats and ringing guitars, “Two Swords” is yet another perfect punk-reggae hybrid, focusing more on the punk side of things, but retaining just enough offbeat rhythm power to be more of a punk-ska hybrid than anything else.

Unlike the early Clash punk-reggae hybrids where the guitars where chock full of punk distortion, The Beat dispense with all that, so the guitars on “Two Swords” are bright and shiny, even if the rest of the song is going at punk speed.

It’s also a great anti-violence song, as Dave Wakeling contemplates kicking some dude’s ass cos that dude is a Nazi, but realizing that maybe that’s the wrong thing to do, as they slide into yet another chorus that’s musically too fun not to sing while ignoring its simple truth.

When two swords slashing at each other
Only sharpen one another

That said, those are pretty much the only words I knew from this song for the longest time, as I was also fixated on the organ that colored the chorus, as well as Dave & Roger’s call-and-response at the end of it. (Even though I had no idea they were singing “Nazi” until recently.)

“Two Swords” performed live at The US Festival, 1982