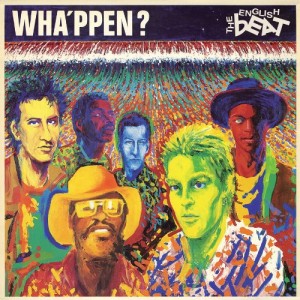 So I liked side one, didn’t care for side two, and am guessing that the entire record needs me to try it out again 30+ years later.

That said, I instantly loved the opening track, the etherial reggae love song “Doors of Your Heart.”

Every story has to be about something I suppose
This one says
I lose my head
As the feeling starts to grow you know?

Dave Wakeling sounds cautiously optimistic for once, as he navigates a straight love song for once.

With the rest of the band “ooohing” behind the verses and joining in on the “Bom bom / Bom bom” at the end of the chorus, “Doors of Your Heart felt very much like the “unity rocker” Ranking Roger declared it as at the beginning of his very long toasting section in the middle.

Official (muddy-sounding) video for “Doors of Your Heart”

“Doors of Your Heart” performed live at the US Festival, 1982