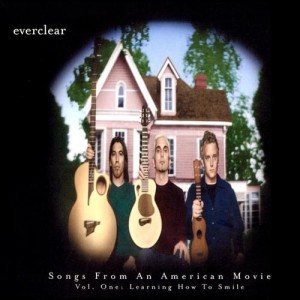 While they had some decent radio songs and hit singles in the late 1990s (which I’m not sure have aged all that well), Everclear never made an album I liked start to finish outside of 2000’s Songs From an American Movie, Vol. 1.

Maybe because it was the first album to really expand from the power-trio format, so the added instrumentation finally obscured the fact that Art Alexakis’ songs tended to sound alike: circular riffs that usually didn’t threaten to break out the the circle they created.

That said, there was some pleasure to be had in the circles themselves, like in the case of “Now That It’s Over,” which plies its circular riff over a big John Bonham beat, billowing pyschedelic keyboards, so that the circle has basically become a hurricane.

And the hurricane is all of the things that Art Alexakis is feeling.

Nightmares just don’t scare me now
Baby without you
Oh, I wish that I could find the words to tell
You to politely go fuck yourself
Yeah, now that it’s over

With every single line echoing into the malestrom as he sings it, “Now That It’s Over” definitely captures that part where sadness turns into anger, and he’s clearly already halfway over to the Dark Side.

“Now That It’s Over”