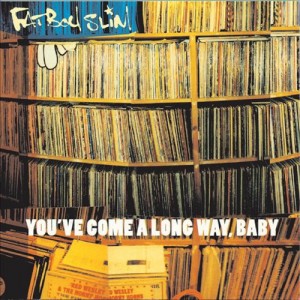 Heh. One thing is for sure: if you have a problem with repetition, you probably can’t stand “The Rockafeller Skank,” which repeats its only — sampled, natch, cos no actual human could sing it — verse dozens, hundreds, millions of times.

Check its Google Play lyrics page to see what I mean.

That third half is probably where I land: “The Rockafeller Skank” is an amazing production, with something completely amazing and new coming around every single corner while also remaining exactly the same throughout the entire song.

At the same time, it was fun and weird to sing along with that verse:

Also adding to both the genius and novelty arguments: the fact that the erstwhile Norman Cook called the song “The Rockafeller Skank” instead of “Funk Soul Brother” You know that right now — almost 20 years later — there are people right about now who have this song stuck in their head without knowing what it’s really called.

And if you’re one of the people who love this song, then you also need to check out the ultra-rare “The Satisfaction Skank,” which is exactly what you’d expect: the “Funk soul brother” and “Rockafeller” samples over a breakdown of The Rolling Stones’ “Satisfaction,” which I think was performed once on BBC Radio One and will be bootlegged forever.

Official video for “The Rockafeller Skank”