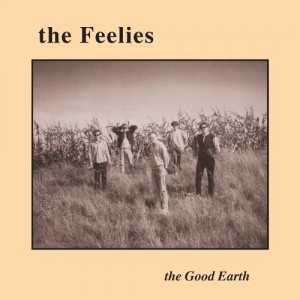 Produced by Peter Buck, The Good Earth felt as pastoral as the cover — for the most part, Mercer and Million found a groove pretty early on in every song and just rode it throughout. For the most parts, they strummed their electric and acoustic guitars together and each song had just enough melodic difference to distinguish from the others.

“Slipping (Into Something)” is different. It starts slow and quiet, almost imperceptibly, and then builds measure by measure — Mercer and Million’s guitars playing off of each other — until it finds a groove.

But that groove lasts just long enough for Mercer to sing a verse, and then it all breaks down, and starts up again, back into the groove, and then breaks down again.

It also around this time that the Feelies appeared in Jonathan Demme’s Something Wild, — still one of the more schizophrenic films ever made — playing the band at Melanie Griffith’s high school reunion, which was one of the reasons I went and saw the film in the first place.

“Slipping (Into Something)” Performed Live in Athens, GA 1987


The Feelies performing David Bowie’s “Fame” in SOMETHING WILD