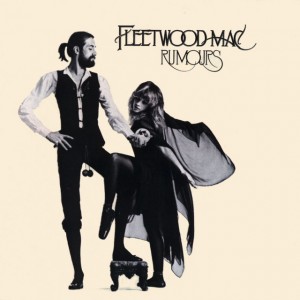 The last of the monumental singles from Rumours that utterly dominated radio in 1977, “You Make Loving Fun” is probably the most unconventional of them all.

It’s also the song that perfectly tracks how I went from viewing Rumours as a major annoyance (outside of “Go Your Own Way”) to viewing it as a major classic. Well, this and “Dreams,” which finally wore me down when Whiskeytown covered it.

First off, it’s pretty unconventional for a hit single. Anchored by a bouncy/groovy John McVie bassline and Christine McVie’s, the first verse is Christine declaring her wonderment at a new love affair.

But then the song drops tempo, and she kicks out what I guess is a chorus, though weirdly enough it feels more like a bridge, but I guess it really is a chorus, and for the ages:

With Stevie Nicks — who knows one or two things about magic — providing vocal support, and Mick Fleetwood providing rhythmic support, that chorus that feels like a bridge is really a time-stopping thing of magic in and of itself, especially Lindsay Buckingham’s guitar, which is almost a background vocal in and of itself.

And that backing vocal becomes a lead vocal, as Buckingham spins out of the chorus like a tornado and basically does the entire second verse as a long guitar solo, before sliding back into what would be the last chorus of the song, which has somehow become as unpredictable as it is catchy.

So why not do another verse?

Don’t, don’t break the spell,
It would be different and you know it will,
You, you make loving fun,
And I don’t have to tell you but you’re the only one.

And of course, here comes Buckingham adding commentary: his guitar lick after McVie finally sings the title of the song literally skitters off the record, falls the the floor, and runs out of the room, laughing at its own cosmic weirdness.

After that, it’s call-and-response, with more tremendous guitar:

This is amazingly weird, amazingly sophisticated, and amazingly catchy pop music, which I basically either took for granted or even ignored for years because it was also just part of the air.

While I’ve never ever been one to dismiss music simply because it’s popular, the runaway success of Rumours did mean that I never tried that hard to figure it out, either. When something is in the air, you assume you’re going to fully grok it through osmosis, and you tend to focus on other things.

So it wasn’t for at least two decades that I even bothered to consider a song like “You Make Loving Fun” as a brand-new thing in and of itself. But when I finally did, I was completely blown by its magic and miracle-making.