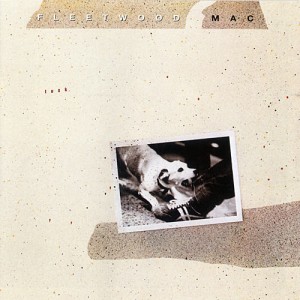 Whereas Rumours was able to hide the fundamental weirdness under huge pop hooks and lush full-sounding arrangements, Tusk — or at least the Lindsay Buckingham songs on Tusk — was all sharp corners, requiring you to work for the hooks.

Of course, that’s really not the case with my favorite song on Tusk, the trance-like “That’s All For Everyone.” Compared to a lot of his other songs on Tusk, it’s practically a Brian Wilson song, full of vocals spinning around and around each other:

If the vocal round robin is Wilsonian, than the dirge-like pace of “That’s All For Everyone” is more like something from the third Velvet Underground album, which really makes it almost a lost Big Star song.

“That’s All For Everyone”