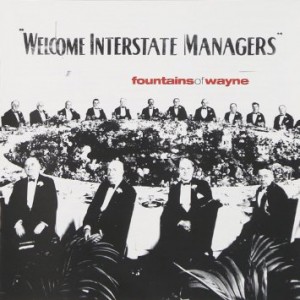 If my favorite Replacements song is ostensibly about an existential crisis surrounding whether or not to leave a heartfelt message on a now-outdated piece of technology, then my favorite Fountains of Wayne song is the flip side of the dilemma Paul Westerberg spelled out in “Answering Machine.”

In “Little Red Light,” Adam Schlesinger and Chris Collinwood describe an existential crisis surrounding not receiving a heartfelt message on a whole slew of now-outdated pieces of technology!

It’s also probably their most-rockin’ song, opening with the narrator stuck in traffic, which is giving him too much time to think about a relationship that’s gone south, and so in a improbably long chorus, Chris Collingwood and Adam Schlesinger lay out the pain of not getting a message that you’re hoping against hope for.

Later, he’s stuck in a Monday evening meeting — because so many great Fountains of Wayne songs are set in the workplace — but he’s not even paying attention, because he’s wanting a drink and checking his email to no avail.

With drummer Brian Young doing some great stop-time fills at the end of each chorus and Jody Porter’s guitar solo, you’re totally feeling the pain of Collingwood’s sad white-collar worker.

Which is a thing about Fountains of Wayne songs that makes them more like Kinks songs than Replacements songs: they’re usually stories about other people. So even though they’re singing in the first person, you never feel like it actually happened to them.

Which can be somewhat distancing, I guess, but when a song is as empathetic as “Little Red Light,” I would argue that it doesn’t matter.