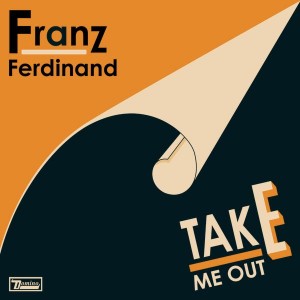 It’s not very often that you can hear an entire scene change in the middle of a song. Especially a song that got played on the radio. Though, I guess that’s really the only way it’s going to happen.

But I would argue that the transition from the monolithic guitar and beats of the opening section of “Take Me Out” to the funky dance beat either predicted or mirrored indie rock’s growing fascination with dance music in the the early 2000s.

That said, virtually nobody did it as well as this song did: “Take Me Out” was a dizzying display of big beats (check the hi-hat throughout), great guitar riffs — I particularly love the big Zeppelin stomp just before the pure disco chorus — and a lyric that could be enjoyed on multiple levels.

After all, if you were out on the dancefloor, it would be easy to shout “come on, take me out” to that night’s object of desire, without realizing that it could just as well be a plea to get murdered.

Either way, “Take Me Out” is a hell of a thing.

Official Video for “Take Me Out”