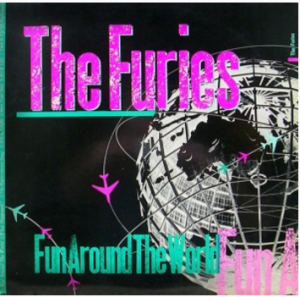 While a project like this couldn’t really have been possible even a decade ago — part of what I think makes Certain Songs work is that I can embed a link to the actual song I’m writing about — the fact that I have listened to music in a multitude of formats over the past four decades has been a gating factor in which songs I write about.

Basically, not every song I would like to write about is available for me to listen to as I write about it. Or to share with you.

This seems especially true for 1980s indie vinyl: there are songs that I truly loved that just didn’t make the long, tumultuous journey from my turntable to the — SPOILER ALERT! Humblebrag coming! — 120,000 song, 700MB music library that I’ve got stored on multiple hard drives.

It’s really only a handful, luckily.

Usenet was a big help for years, as was the .mp3 blog heyday, which helped me track down digital copies of things I bought when they came out but have since left my life, like The Chant’s “For You” and Flying Color’s “Dear Friend,” but of course the court-ordered death of the big sharing sites killed those. So there remains some holes in my collection.

And so while I’ve found both the gorgeous “Dark Stroll” by River Roses, and the great P-Furs rip that is “Rejection” by Din in lower-quality streams, “The Replacements Song” by The Furies is nowhere to be found.

My various searches have turned up very little: a couple of dead links from the .mp3 blog heyday, a Robert Christgau review, a Discogs listing, and other ephemera.

So, as an experiment, I’m going to write about it completely from my memory.

Here’s the thing: I don’t remember that much about it! I think that they were an all-girl band from the Bay Area, and that they played either The Blue or the Oly Tavern in 1987, and that their only album — Fun Around The World — was pretty good.

I remember it being kind of a pretty folk-pop song, and musically the best thing on the album, which I might have just thought because it was about The Replacements.