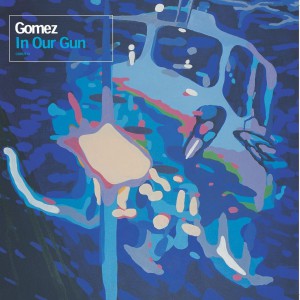 This bothers me: I’m constantly thinking about the balance between going from artist to artist to artist and focusing on a single artist for a long time. Now, obviously, when we get to my very favorite artists, we’re going to go for a couple of weeks or long. But it’s the in between ones that bedevil me.

You know, the artists where I like a couple of their albums and usually love one totally. They might have several songs that I love, but if I’m not feeling them, do I force it? Even though this is a song-oriented project, is there some connection between how many songs I write about a particular artist and how much I love that artist? And does it even matter?

I mean, I wrote about only two Aerosmith songs way back when this project started, and it really should have been a dozen.

I don’t really have an answer, but for some reason, the artists in the G’s have really brought these questions to the forefront, as nearly all of them have more than one song that could have easily been included, but none of them have ever made a whole bunch of records that I absolutely and truly love.

This will change when we get to Guided by Voices and Guns N’Roses, both of whom provide a completely different set of problems. But we’ll get there soon enough.

Anyways, where was I? Oh right, Gomez.

While their first album, 1998’s Bring it On, won the U.K.’s prestigious Mercury Prize, and their second, 1999’s Liquid Skin was even better, for me they didn’t really put it all together until 2002’s In Our Gun.

Starting off with an acoustic guitar strumming over a bouncy beat with random synth wobbles, “Detroit Swing 66” was perhaps the catchiest of the weird, trancey songs that dominated In Our Gun, which somehow combined electronica-based song structures and with acoustic instruments.

As “Detroit Swing 66” progresses, the music gets disjointed and druggy and almost loses its form, then, about halfway, it somehow comes together, as they sing:

Over and over and over again, as all of the instruments drop out of the mix except for a horn section. And even that’s barely keeping it together.

What saves it is the “oooh yeaah” backing vocals, and the fact that it’s catchy as all hell, and how the music completely invokes the daze they’re singing about.

And of course, the repetition. While the chanting of that chorus over and over again might drive some people crazy, it’s catnip to me, and I spent much of 2002 with it stuck in my head as a result.