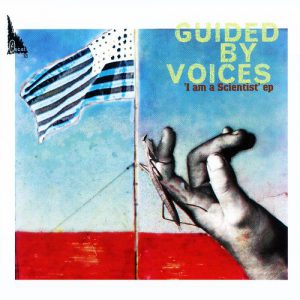 You have no idea how much I almost let that be the entire post. But I decided it wasn’t really fair to the song. Or to me, I guess.

Here’s the thing: when y’all have the party to celebrate my passing (currently scheduled for the 2070s), you can play pretty much any of the Certain Songs, but this is the only one I’m requesting, as not even Paul Westerberg wrote a lyric that I relate to as much.

Of course, when you do play it, make sure you use the version on the I Am A Scientist EP, and not the one on Bee Thousand. I mean, the one on the album is fine and all, but the recorded-live-in-the-studio (by the incomparable Andy Shernoff) version is where the music is as powerful as the words.

On this version, the band is solid, the guitars are loud and Robert Pollard’s singing is forthright, as it damn straight better be as he sings the second verse knowing that he’s speaking not just for himself, but the people who somehow feel like his band have uncovered some new link to their own lost souls.

I am a pharmacist
Prescriptions I will fill you
Potions, pills and medicines
To ease your painful lives

“The hole I dig is bottomless.” That was true. I was 31 when “I Am a Scientist” came out, and I’d been digging a rock & roll hole with my life for more than half of my life. Everything was about rock & roll. Spending all of my money on albums and shows and music books and magazines. Becoming a DJ and a clubrat and drummer and a writer — it was everything I was, and everything I ever wanted to be. A big dumb rock guy.

“But nothing else can set me free.” Maybe. But even in 1994, that was going away. After all, I didn’t want to be a DJ in the world of tight corporate playlists; I’d moved from my hometown club scene; I wasn’t a very good drummer; and every time I thought I was getting traction as a writer, something happened with the publication I was writing for.

So while I still believed that my life was saved by rock ‘n’ roll, I was beginning to wonder if it was also going to be ruined by it as well.

After all, that whole World Wide Web thing I’d been reading about seemed interesting.

“I Am A Scientist” (EP version)


“I Am A Scientist” (Album version)