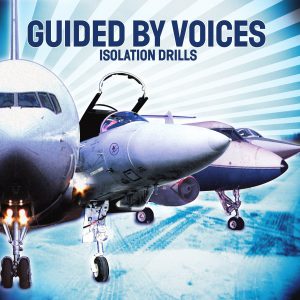 Just wanna to get some perspective here. Isolation Drills was the 12th studio album from Guided by Voices, not counting all of the singles, EPs, collections of ephemera and Robert Pollard solo albums that had come out in the second half of the 1990s.

So by this time, the song count was deep into the 100s, and yet, like I said yesterday, Isolation Drills might just be the best album Pollard ever released, and the an “Run Wild” is a key reason why.

With the guitars stacked six feet deep, and moving from a creep from the beginning to a multi-faceted roar at the end, “Run Wild” is really all about the anthemic chorus.

That’s pretty much it. But of course it’s not it. Apparently, Isolation Drills was Pollard’s break-up album, so not only does “Run Wild” have a ton of hard guitar hooks, the last minute of the song is pure catharsis:

And as the guitars swell up and over his vocals, you can almost see him running down the street, arms waving, running wild and free.