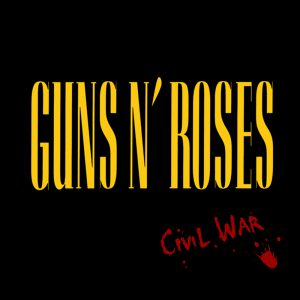 One of the fun parts of doing something like Certain Songs is that I get to finally explain some of my long-held but hardly-expressed theories. Which I have a lot of!!

And here comes one of the most indefensible: not only is Use Your Illusion II the greatest Guns N’ Roses album, it’s the greatest metal album ever made by Americans.

You’ll, of course, note that “Americans” qualifier. Because Led Zeppelin. And maybe even Black Sabbath & Deep Purple. So if you’ll accept that (and that GN’R qualify as “metal”) — and of course there’s no reason you have to — then what’s better?

Some of you might say one of those Metallica albums, and sure, but if I’m going to be honest, everybody else in the universe loves Metallica more than I do. So nope.

And because I was never really into thrash or hair metal, to me, the only competition is Van Halen (which beats Women and Children First on account of what kind of bolt from the blue it truly was), Superunknown and Rocks.

All worthy, and I’ve always loved Rocks beyond measure (and I really shorted Aerosmith in Certain Songs because they were the first band I wrote about and I had no idea how extensive my writing was going to end up being) (so damn straight I’ll get back to them), but I’ve been listening to Use Your Illusion II pretty fucking consistently for the past 25 years.

And “Civil War” sets the template for the rest of the album, which is full of epic songs alternating with blistering rockers. But unlike the epics on Use Your Illusion I, “November Rain” & “Coma,” a song like “Civil War” never felt self-consciously epic, but rather just ended up that way.

Starting with a Cool Hand Luke sample over an acoustic guitar, but driven by a big riff and lord knows how many guitar solos, “Civil War” does the quiet loud quiet thing — featuring Axl alternating his crooning voice and his screeching voice — before settling into its big thesis statement:

Eventually, driven by Dizzy Reed’s rollicking barrel-house piano, “Civil War” launches into its rave-up coda with Axl repeating the chorus, and its so dense and powerful that it feels like an announcement.

And the rest of Use Your Illusion II was the proof.

Which, I realize, is a bit ironic, as “Civil War” was actually the first thing recorded for the Illusion twins, and as such, the only song to feature original drummer Steven Adler, but it just means that they wanted to imbue each disc with its own personality, and “Civil War” was the best way to establish the personality of Use Your Illusion II.