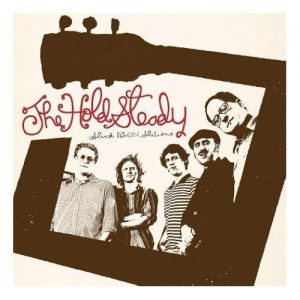 Welcome to my favorite album of this century.

On Boys and Girls in America, their sound thickened. If Franz Nicolay’s keyboards were used for color and flavor on Separation Sunday, now they were an integral part of a thick stew.

It’s all right there in the opening of the first song on the album, “Stuck Between Stations,” which opens with a guitar stab that is almost instantly countered by a rolling piano and a kick drum build into the song proper, at which point Craig Finn essays his thesis statement for the entire album.

In fact, it resonates beyond generations. I mean, in the age of digital tuners, getting stuck between stations is a near-impossibility, and yet anybody who hears this song knows exactly what he’s on about. And it also helps that Nicolay’s backing vocals come in just perfectly throughout.

And the stinging guitar that Tad Kubler brings in after the chorus doesn’t hurt, either.

I didn’t know who John Berryman was, but I sure got the Jim Carroll reference, and either way, that verse was funny and poignant at the same time, and has always killed me, maybe because I’m always worried about whether or not I’m going to need my words to save my life, as well.

It’s only a guess, but the mix of wit and full-bore rock — even during the piano breakdown — that defines “Stuck Between Stations” is probably why it’s probably the consensus favorite Hold Steady song as far as the fanbase is concerned.

It’s not mine, but it is a helluva way to begin a helluva record.

Official Video for “Stuck Between Stations”


“Stuck Between Stations” performed live on Later With Jools Holland