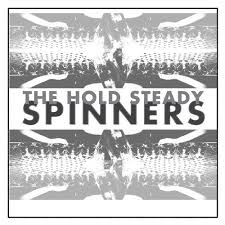 Of course, a lot of things have changed since 1982.

One of those things that haven’t changed, though, is the feeling described in the bridge of “Spinners,” the lead single from The Hold Steady’s 2014’s rebound album, Teeth Dreams.

Once you’re out there everything’s possible
And even the bad nights
They aren’t all that terrible
Loosen your grip, it feels so incredible
Let the city live your life for you tonight

The sympathetic story of a woman going out there night after night and trying to dance her heartbreak away, “Spinners” is full of the roaring guitars, pounding drums and overall focus that characterized Teeth Dreams.

Outside of “Spinners” and rolling & tumbling “Almost Everything,” there weren’t a lot of songs on “Teeth Dreams” that approached the glories of their first four records. And here’s what I don’t know: is it them or is it me?

I mean, for the most part, it’s normal: most bands do their best work early, and everything else is downhill from here. There are exceptions: Some Girls, Automatic For The People and Achtung Baby! were all made by veteran bands who had previously seen the quality dip.

But those are exceptions, of course, so I’m curious to see if anything comes out of Franz Nicolay rejoining The Hold Steady for the 10th anniversary of Boys and Girls in America. While I sometimes thought his keyboards were too much, maybe they were actually the exact right ingredient.

The good news is that the songwriting continues to be strong – and that includes both of Craig Finn’s solo albums — so it’s possible that they catch fire the next time they go into the studio.