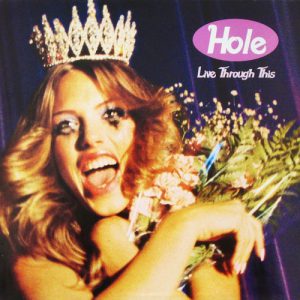 And without a doubt, “Asking For It” is borrowing some of those tricks, from the dark, ominous opening to the continual juxtaposition of quiet and loud, and of course the repetition to drive home her point about rape culture.

With Eric Erlandson providing guitar hooks, riffs & crunch like the second coming of James Honeyman-Scott, “Asking For It” derives its power from its sense of tension and control. Even the screaming parts are fully in control, like she’s worried about what would happen if she truly lost it.

When Courtney and Kristen Pfaff (and Kurt, supposedly) (though I can’t hear it) sing the bridge, it’s heartbreaking because it sounds like she’s pretty sure he won’t.