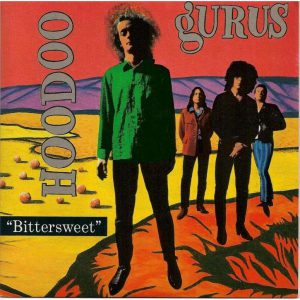 Yes. “Bittersweet.” One of the greatest songs of the 1980s, full stop. Why in the holy hell isn’t it recognized around the world as such?

Right. Why do I keep asking that question when I lived through the answer?

But, gentle readers, it’s sometimes rough taking this journey through the past and digging into a song like “Bittersweet” and knowing that every single person ever hasn’t heard it and can’t celebrate it with me. I mean, talk about bittersweet.

From its slow opening build to its all-hands-on-deck fadeout, “Bittersweet” is everything I could want from a pop song: smart, catchy and ever-changing while hewing to a steady central riff.

A musical descendent from the always-fruitful “Sweet Jane” tree, “Bittersweet” establishes its basic riff early on as Dave Faulkner sings about a relationship gone sour and at exactly the right moment, his bandmates lend him support:

With new drummer Mark Kingsmill lagging behind the beat while the rest of the band modulates every few bars, “Bittersweet” maintains a sense of continuous forward motion and ever-increasing excitement without ever breaking a sweat.

All the better for Brad Shepherd to lay on a melodic solo after the second chorus and later, zoom in with a stinging, chordal solo at the end of the song. By that time, “Bittersweet” has already stuck itself deep into both your heart and your head.

I say “seemingly,” because we tried covering this once in Sedan Delivery, but I could never quite wrap my head around where the drums fit in with the guitars.