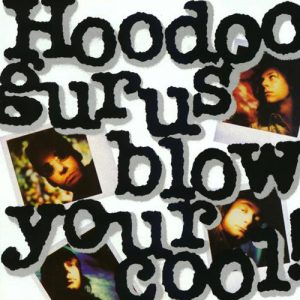 You can hear those drums at the outset of the the opening track, “Out That Door,” which starts off with a big Phil Spector beat, and then builds and builds throughout the first verse into a huge, stirring chorus.

This, of course, was the result of Elektra pairing them up with a big-name producer, so the whole record was bathed in swaths of reverb, making it much more massive sounding then the previous records.

But I didn’t mind: the massiveness seemed to suit a song like “Out That Door,” and the standard Gurus templates of Dave Faulkner’s sense of melody and Brad Shephard’s guitar hooks were still all right there. Yeah, in retrospect, it might seem like a bit too much, but I still love it.