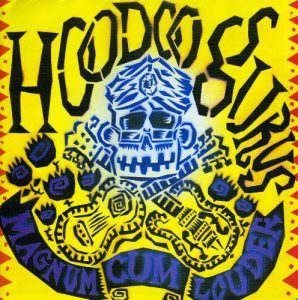 I don’t know. While the vast majority of the songs I write about were singles, or at least major album tracks, occasionally I hit upon a song that was neither, and yet speaks so deeply to me that I can’t help but write about it.

Like “Shadow Me,” which is on the list of Prettiest Songs Ever Recorded, Hoodoo Gurus Division, and yet is a song that I expect to get little to no reaction when I post it. But I don’t even care: except for the utterly god-like “Bittersweet,” it’s my favorite Hoodoo Gurus song, and pretty much always has been.

Opening with an electric guitar lick falling from the heavens like a warm healing rain, “Shadow Me” is a straight-out unabashed love song from the get go.

Featuring what is probably a Hammond organ, and Brad Shephard’s gorgeous feedback-drenched guitar weaving in and out, “Shadow Me” features ghostly backing vocals supporting Dave Faulkner.

And while it plays like a ballad, it’s a mid-tempo rocker that builds and builds but never actually explode. Rather, “Shadow Me” is content to let us swim in its overwhelming beauty, letting Dave Faulkner sing about ancient mariners as the guitars fall like rain, the vocals whisper magic and all I can do is melt.