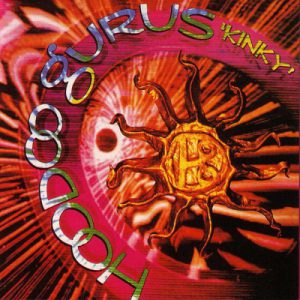 There were exceptions, of course: the wistful life-on-the-road tune “1,000 Miles Away,” the garagey “Form a Circle,” and the punky b-side, “I Think U Know” were definite signs of life. As was Brad Shepherd’s “Dressed in Black,” which is yet another entry in that small Certain Songs department of songs about wearing black clothes.

Featuring a chiming, droning guitar and a psychedelic rhythm section, “Dressed in Black” wore its Beatles influence in both music & lyrics.

You have been hurt, you’re sorry for yourself
Well, there is no argument
So you retreat, hiding your love away
Well, that is no testament
And you could cry yourself a river
I say damn your eyes
You’re not such a tragic figure – realise

I also love how Shepherd pronounces “figure” as “figger” on last verse, and with drummer Mark Kingsmill alternating between psychedelic backbeats and double times on each verse “Dressed in Black” is content just to ride on its groove, not even bothering with a guitar solo.