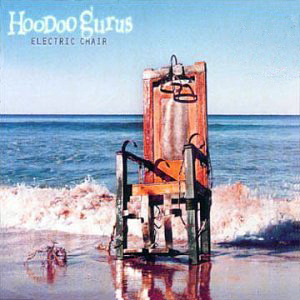 This is my favorite song in what is perhaps the all-time smallest category: “Late-90s Songs About Gene Hackman as Sung By 1980’s College Rock Icons.”

How small? There are only two songs in this category: The Hoodoo Gurus’ “Gene Hackman” and Robyn Hitchcock’s “Don’t Talk To Me About Gene Hackman,” which may or may not be an answer song. Probably not, as Hitchcock’s is a live acoustic take that was a hidden track on Jewels For Sophia.

Not that the Gurus’ “Gene Hackman” is any less obscure: it turned up on a compilation that I’m not even sure got released here. A straight out punk rock song, it’s a clear throwaway, but who cares when it’s got lyrics like this.

With Brad Shepherd making rude guitar noises throughout, you almost might miss the chorus, except for the fact that it’s so damn great:

Like all of the greatest Hoodoo Gurus songs, “Gene Hackman” is great good fun, and a fantastic way for me to end writing about them.

That said, guessing that most folks lost track of them even before In Blue Cave, so I’d like to report that — after taking 8 years off — they’ve continued to release records into the 21st century. 2004’s Mach Shau was pretty good, but 2010’s Purity of Essence was nearly as good as In Blue Cave, and if they make another record, I’d be excited to buy it.

But if they don’t, I think their legacy as maybe the greatest rock ‘n’ roll band to ever come from Australia is secure.