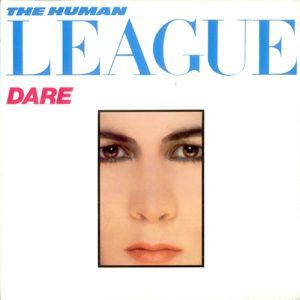 Impossible to ignore even at the time, “Don’t You Want Me” was a synth-pop landmark that hasn’t ever really left the pop landscape in the 35 years since it first topped the U.K. charts.

I mean, this isn’t my default type of music, but come on! Even I can hear how much power and drama is brimming from every single bit “Don’t You Want Me,” especially when Susan Ann Solley starts singing.

Right? By that time, we’ve gone through a long intro, a verse that tells a story about how awesome singer Phillip Oakey is for turning this random waitress in a cocktail bar into a success, a ridiculously hooky pre-chorus where he expresses his disbelief at her spurning him, an even more hooky build-up to the chorus where he’s kinda threatening her, and then the actual chorus itself, full of flat-out begging.

All singer Phillip Oakey had to do was sing another verse about how they had such great times together or some shit, toss out all those hooks again and everybody can go home happy.

But instead — and here is where “Don’t You Want Me” crosses from great pop song to genius pop masterpiece — Solley’s erstwhile waitress comes on and calls bullshit on him.

I was working as a waitress in a cocktail bar
That much is true.
But even then I knew I’d find a much better place
Either with or without you.

In other words, shut the fuck up, dude, and stop mansplaining our relationship already. See ya!

After that, she turns heel and walks away into the midsts, leaving Oakey to beg, plead and threaten to no avail.

That entrance is one of the most surprising and thrilling moments in pop music, and somehow never gets old. And in fact, the only equivalent moment I can think of is when Madeline Follin comes to tell Veronica’s story in halfway through Fucked Up’s “Queen of Hearts.”