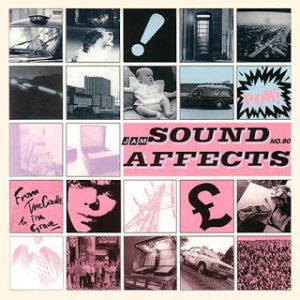 I think that one of the things about Sound Affects is that was so deep and varied that — outside of the consensus huge singles — different Jam fans had different deep cut favorites. So some people loved the intensity of “Man in the Corner Shop,” others loved the bass line and vocal arrangements of “Pretty Green” and still others loved the full-blown assault of “Set The House Ablaze.”

As for me, I loved “But I’m Different Now,” two minutes of pure riff-based power, barreling out of the middle side one with Paul Weller’s guitar in full throttle and Rick Buckler’s drums doing everything can do to catch up.

And while they were relatively simple, Paul Weller’s songs still hit home for anybody who was trying to grow up at all.

The other thing about “But I’m Different Now” that really appealed to me at the time was that it was a bit of a throwback to their first two albums. Not so much with the guitar tone, but just the simplicity of the arrangement: just guitars, bass & drums, all speeding along at a rapid pace.

In no way shape or form was it a major song, but the fact that wasn’t a major song and still so amazingly concise and catchy. For a lesser band, a song like “But I’m Different Now” would have been a single, for the Jam, it was just a song that helped make Sound Affects such a great record.


b>Every Certain Song Ever
A filterable, searchable & sortable database with links to every “Certain Song” post I’ve ever written.