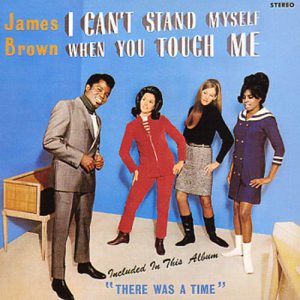 James Brown was absolutely on fire in 1967.

And on no song did that fire burn hotter than the absolutely scorching “Get It Together,” which takes the super funky groove of songs like “Cold Sweat” and then ups the tempo to a ridiculous degree.

Drummer John “Jabo” Starks is almost supernatural throughout: simultaneously driving hard and laying off his snare during the verses and then steering into the curve by doubling hard on the choruses.

Meanwhile, guitarist Jimmie Nolen is killing it on the rhythm guitar, squeezing in a rapid-fire flurry of chords in and around the long horn vamps that anchor the song.

Of course, the actual song part only lasts a couple of minutes — just long enough for the obligatory “Part one” of the single. After that is where the action really starts, as Brown — having as much fun in the studio as anyone has ever — gives us a glimpse into just how fucking awesome his band is.

First, of course, is the obligatory solo by Maceo Parker, but after that is an amazing section where he has the whole band slam together one, two, three, four times without missing a beat.

And as he explains to us:

Of course, nobody is fucking dropping their horn, because they know that Brown’s great mood would turn to shit before it even hit the ground, but it’s so much fun to hear him basically deconstruct his entire sound in real time, with the rest of the musicians responding to him verbally all the while keeping the ridiculous groove at the insane tempo.

I gotta say it three times
Can I get three fellows?
(Yeah!)
Three times

Meanwhile, Maceo just keeps soloing, bouncing off of all of the stop times and eventually walking through the door that James Brown opened up to leave. But, of course, Brown doesn’t leave quite yet, instructing nearly all of the musicians through quick solos before finally walking out of the studio, cackling, as the song fades.