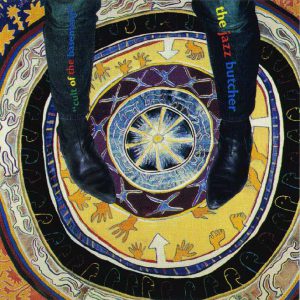 Opening with just a single reverb-swathed guitar meandering around waiting for the drums build slowly into the song proper, “Girl Go” takes its sweet time getting to where it wants to go, because it assumes from the start that you’re as infatuated with the girl in question as Pat Fish is.


And if you’re not, you will be by the time the song is over, because from the girl herself saying “have you seen the stars” in French, to the sax solo that sets up the first verse to the guitar pile-on that ends the song, “Girl Go” floats lazily in the sky above, as beautiful as faraway cloud formations on a clear spring day.

But, of course, it didn’t even matter whether everything she did was wrong, because as the swoony guitars that introduced the chorus pointed out, he couldn’t take his eyes off of her:

At the end, without increasing the dreamy tempo layers upon layers of guitars start slowly shredding as if to express their sadness in her going, and the only way is to cloud their minds with a wall of sound. My guess: it didn’t work.