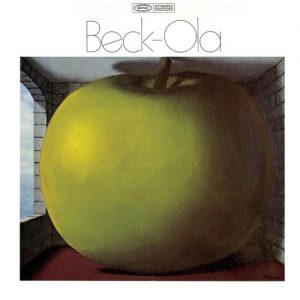 With Rod Stewart & Ronnie Wood both clearly eyeing a future without Jeff Beck — Stewart’s first solo album was on the horizon, as was both men joining the soon-to-be-remonikered Small Faces — 1969’s Beck-Ola was a weak follow-up to Truth.

So much so that the best song on the entire album was by the new guy, barely featured Beck, and didn’t feature Stewart at all.

I’m speaking of “Girl From Mill Valley,” the lovely folk-rock piano ballad by Nicky Hopkins. Hopkins is, of course, a legend to just about anybody who followed 60s & 70s rock, the session man keyboard equivalent to the pre-Zeppelin Jimmy Page.

And I would argue that the contributions that Hopkins made to ridiculously seminal records by The Who, The Kinks and The Rolling Stones were more important than any of Page’s session work (unless, of course, you think he played the lead guitar on “You Really Got Me”), especially things like his explosion on the chorus of “Street Fighting Man,” or his Superman-vs-The Flash race with Keith Moon on “The Ox.”

As far as “Girl From Mill Valley” itself? It’s slow and stately, dreamy and melancholic, and so fully heartfelt that there was no doubt that the titular girl had broken his heart, especially when a mournful organ overdub comes in underneath the ridiculously gorgeous piano melody.

And yet, it never quite crosses the line from contemplative to straight-out sadness, which is why when Rox and I got married, we used it as the processional music for the when the groomsmen walked our parents & grandparents to their seats when we got married.

I’ve often wondered why Jeff Beck let this on to what was ostensibly a heavy blues-rock record, cos it doesn’t really fit with the rest of Beck-Ola at all. My gut is that Hopkins was playing it one day and Beck was as overwhelmed by it as I continue to be.