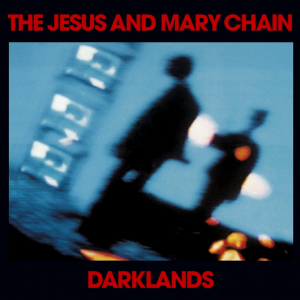 So if — as we established yesterday — The Jesus and Mary Chain are happy when it rains, they must be absolutely ecstatic for 9,000,000 of them, right?

Not so much: “Nine Million Rainy Days” was a brutally despairing break-up song that started off like a dirge, and only picked up when one of the Reid brothers set the goddamned drum machine to the “Slow Groovy 60s” setting.

It was also one of the three songs on Darklands sung by William Reid, and he sings it in a breathy whisper as if he’s continually trying to get away from the microphone but doesn’t realize that it’s attached directly to his soul.

And his soul ain’t happy:

This was perfect though, because within a month after Darklands came out, I was going through my own brutal breakup, one that left me temporarily living at my Dad’s condo & sharing a room with my brother Joe for the first time in 15 years.

So I could totally relate.

What prevents “Nine Million Rainy Days” (which by the way, translates into 24,635 years for those of you keeping score at home) from totally drifting off into the sadness is Jim Reid’s “Sympathy For The Devil” doo-doo-doo-doo backing vocals that counterpoint William’s increasing despair.

Those backing vocals, along with some uncharacteristically twangy lead guitar floating through the mix are what have always made me love this song even beyond the too-close-to-home-lyrical content.