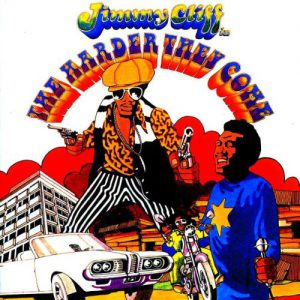 Driven by an organ shining harder than the sun and a burbling rolling bass, Jimmy Cliff employs his gorgeous tenor in service of lyrics that were as true as the day he wrote them.

And of what they’ve done, of course, is assume that just because they oppress, because they lie and because they’re doing everything to keep the populace down and discouraged while enriching themselves at every turn that they’ve won the day.

But of course not.

“The Harder They Come” is such an gorgeous, powerful statement of the underdog fighting back, it’s tempting to apply it to whatever political situation is currently happening, which is what gives it such power. It’s both universal and eternal. One and all.

“The Harder They Come”