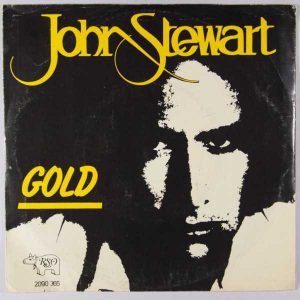 The great thing about “Gold” was that it sounded very much like what people who weren’t really paying attention thought Fleetwood Mac sounded like: soft rock with a plodding boogie rhythm, electric pianos and lyrics about California.

Ah, the California girls
Are the greatest in the world
Each one’s a song in the making
Singin’ rock to me I can hear the melody
The story is there for the takin’
Drivin’ over Kanan, singin’ to my soul
There’s people out there turnin’ music into gold

And because it sounded close enough at the exact moment that people were really jonesing for new Fleetwood Mac music, it got over in kind of the same way America’s “Horse With No Name” did as ersatz Neil Young or Rockwell’s “Somebody’s Watching Me” would as cubic zirconia Michael Jackson.

That said, while “Gold” is nowhere near the weird song structures and eccentric rhythms that made Rumours an all-time classic, it did have a raggedly sounding Stevie Nicks singing backing vocals and Lindsay Buckingham’s distinctive guitar sound all over it.

And while the fact that Buckingham and Nicks found the time to do this while also crafting Tusk just goes to show the power of cocaine, it’s also true that Stewart’s deep baritone worked extremely well in the circumstances because it always feels unexpected.

And by the ending, where he and Buckingham and Nicks are repeating “people out there turnin’ music into gold” over and over while Buckingham’s guitars is boring like a drill against the center of the song, “Gold” ends up having some just real power, becoming something unique in and of itself.