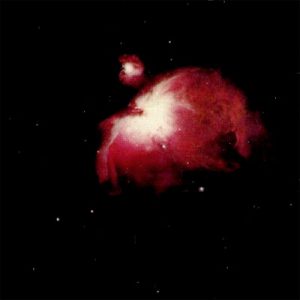 Alone in your room, late at night, and that song you love comes on the radio, and you want to share it somebody else. You want to dance. But not by yourself. Not this time.

But you can’t, because you’re alone in your room. As usual.

And then you realize, wait a second, there are other people alone in their rooms listening to this song at the exact same time!!

I think that for these Joy Division posts, I should create a macro about Peter Hook’s bass leads, Stephen Morris making an indention on his hi-hat because he’s hitting it so many times during every measure, and of course Bernard Sumner’s long, loping guitar parts that are continually trying to escape from the song but get pulled back in via the gravitational pull of the rhythm section, but I probably won’t.

It’s a powerful thing, that radio. A technology that’s been with us for well over a century now, and shows no sign of going away. Not while the thrill of hearing other human beings being transmitted from other parts of the world still remains so primal.

And there is no thrill like being blindsided by a song on the radio. Especially when you suddenly realize that other people — tens, hundreds, thousands, millions, it doesn’t matter, really — are also enjoying that same song at the same time.

And we could dance alone together.

The first time around, it’s a plea, a hope, a calling, as a multi-tracked Ian Curtis is calling out for like lost souls to let it go and enjoy the moment, because enjoying the moment might just keep all of the bad thoughts away, at least for the moment.

But of course that moment goes away, the bad thoughts still lurk, and as the guitars get rougher and tougher, Curtis gets more and more desperate, and now he’s yelling for another song that he can dance to.

Well I could call out when the going gets tough
The things that we’ve learnt are no longer enough
No language, just sound, that’s all we need know
To synchronise love to the beat of the show


And now it’s not a plea. Not anymore. It’s become more of a command, really. The only way we all are going to survive our communal loneliness is to all get up and, well you know.

In fact, dance to this song! At the end of the song, getting ever more frenzied, Ian Curtis has goes past dancing for survival, past dancing as communing and is now dancing for transcendence. To the radio.

That was why I was on KFSR for the better part of the 1980s: because I loved not just getting blindsided by a song — which happened time and time and time again as I dropped the needle on something that just showed at the station — but hoping that every single song I played was going to blindside somebody else.

Or at the very least, that whoever was out there listening would be inspired by that song to turn their radio up louder and maybe — even if it was just in their head – dance to the radio.