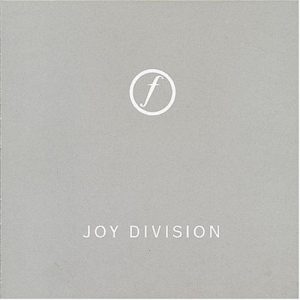 There is so much backstory here, right?

Still came out in late 1981 in order to fill in the gaps / close the door on Joy Division, whose surviving members had already moved forward and formed New Order, and as such the first disc was an odds-and-sods and the second disc a recording of their last concert, a scant 16 days before Ian Curtis killed himself.

It’s not even that great of a recording: it opens with “Ceremony,” which they’d already written if not properly recorded, but Ian Curtis isn’t even audible for the first verse, and the sound is ragged throughout.

Not to mention that much of the show featured songs from Closer, which wasn’t even due out for a month, so the punters weren’t familiar with it. What must they have thought of a song like “Isolation,” which features exactly zero guitars and only the most rudimentary of beats?

I know what I think: this live version of “Isolation” is one of the most beautiful things in their catalog. For all intents and purposes, the recording is basically Bernard Sumner playing the equivalent of one of his meandering guitar hooks on the synth and Ian Curtis, naked and alone in the mix.

No vocal effects. No reverb. Nothing. Just Ian Curtis, bearing his soul in front of the punters, with Sumner laying out so they can hear every single word.

On Closer, “Isolation” is precise and mechanical, and Ian Curtis sounds like he’s singing from the bottom of a well, almost crooning while Martin Hannett pours effects like water at him, and its . . . cold. It’s abstract. About the concept of isolation instead of a person being isolated.

On this live recording, just before that second verse — chilling in the wake of his subsequent suicide — there’s a mistake on the recording. The low notes that Sumner hits on the synth (could even be a bass pedal for all I know) are both off of the beat and overdrive the recording, and for a second, it becomes uncomfortable and almost unlistenable.

But instead, it’s a signifier that this version of “Isolation” isn’t abstract: it’s a real thing being made by real humans, and that makes the possible redemption of the third verse so much more affecting.

And so much more sad, as well. And after that, Bernard Sumner does everything he can to bring the mood back up with the synth, playing utterly gorgeous notes to destract, but it’s not enough, as both Curtis and that wayward bass note win out.