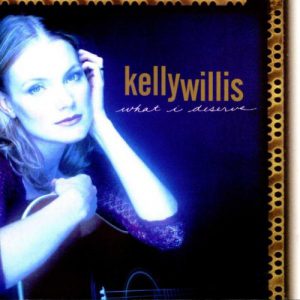 On the short list of Prettiest Song Ever Recorded, Alt-Country Division, the circumstances by which “Not Forgotten You” came into my life now escape me.

Probably — as ever — I was looking for some fresh new female-voiced country music for Rox to hear, and the good reviews plus Gary Louris co-writes plus covers of Pauls Kelly and Westerberg, and figured we might as well take a flyer on What I Deserve.

And this is the song that stuck. Musically, it’s mostly a couple of acoustic guitars and an organ over a pretty basic mid-tempo country rhythm, and lyrically, its all about thinking wistfully about an old flame late at night, and while it moves nicely enough, it doesn’t really kick in until the chorus.

With a backing vocal assist by (I assume) her husband and writer of the song, Bruce Robison, that repeated chorus is instantly memorable, and achingly lovely, so when there’s a guitar solo and a breakdown afterwards, all you want is for them to get back to it, which they do to great effect over and and over at the end of the song.

Clearly they knew that it was one of the outstanding songs on the album, because Rykodisc even paid to have a video made, and while the song didn’t go anywhere on the country charts, it’s still a song that I can’t help but sing along with every single time it comes around.

Video for “Not Forgotten You”